Back in 2004 or 2005, my husband and I saw an amazing photograph of the New Zealand skyline. It was so magnificent and if remember it right, the caption describes the country as “heaven on earth.” It was also during this time that we decided to try apply as immigrants to that ‘heaven on earth’.

We saw another ad in the classifieds section about an agency who specializes in New Zealand migration. My husband didn’t like the idea of migrating to another country so I had to convince him several times to just attend the orientation with the said agency. Finally, we attended and of course, they tried to “sell” us their services. Blinded as we were then, we gave in to our desire of a better future for our family. Lured by the beauty of the place and the empty promises of the agency, we hired them as our consultants.

Both are families were supportive of our plan and provided financial aid to us. The processing of our papers took years. We were so sold that we will be starting a new life in New Zealand. But God had other plans for us. I will not go into the details as it still pains me to talk the most depressing chapter in our life as a family, specifically husband and wife.

To make the long story short, we didn’t go to NZ. During my husband’s online interview with the immigration officer, I knew that there was a problem. It’s so ironic because according to Chinese national who conducted the interview, my husband failed to impress her or communicate well with her. Failure in communication? My husband, though Filipino through and through, speaks English fluently because he was raised in an English-speaking family and he was a teacher! How could he fail to communicate?

During this time, we were still immature, baby Christians. We were still very dependent on ourselves and sought God only when there was a crisis. In hindgisht, my husband’s alleged failure to communicate with the consul is clearly God’s working. He allowed this to happen because he didn’t want us to leave the country. Up to now, I don’t know why he didn’t allow us to migrate but I believe it was for our protection. He has a wonderful plan for us and going to NZ was not in His list.

My husband and I were so disappointed that I cried for days. People and friends kept asking us when are we leaving and I would just reply in tears.

Eight years had gone and we are still here in our native land, the Philippines. The country has been through a lot of tough times but we see a glimpse of hope somehow as Asia’s economy is booming according to economists. But thoughts of living in another country still occupies a small space in my mind. I still want to move. I want to experience a different life aside from what I have  known all my life. I want our children to have other opportunities too.

I don’t know if a spirit of discontentment in me, but I want to live in Canada or Australia, Switzerland or maybe New Zealand again. But my husband is not even thinking about it. He said he was traumatized by our NZ thingy that he doesn’t want to talk about migration yet.

I remember the story of Isaac in the book of Genesis. There was famine in the land and he wanted to move to Egypt but God stopped him and told him to stay in the land as God will provide for him. Many years later, Isaac’s son, 130-year-old Jacob was asking God if it was his plan to move to Egypt because of the famine and also to be reunited with his long lost son, Joseph. And God in his perfect timing, told Jacob to move to Egypt (Goshen)  with his family but He promised He will bring him back to their own land.

3 He said, “I am God, the God of your father; do not be afraid to go down to Egypt, for I will make you a great nation there. 4 I will go down with you to Egypt, and I will also surely bring you up again; and Joseph will [a]close your eyes.”

I don’t know where God desires me or my family to be. It may even be right here where I’m sitting and writing this blog. Or it may be somewhere else. I’m secrerly hopeing it’s somewhere else but who am I to defy God again? In case God tells us to move, I know He will be speaking to both my husband and I. If He tells us to go, we will go. But if it is to stay, then, as much as I don’t want to, we will stay.  His plan and timing is always perfect. Allow me to share my favorite verse :

Proverbs 16:9 In their hearts humans plan their course, but the Lord establishes their steps. 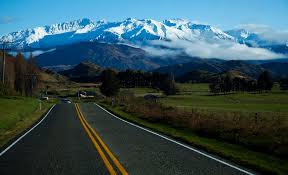 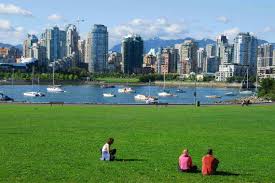 I'm Jude. You are not just a 'mom'. God created you for a purpose, sister. My the Lord reveal to you your eternal purpose in Christ.